Meet Shaira Lallani, certified Montessori Primary teacher for over 35 yrs.( age 3 to 6 yrs ).
I have a Bachelors of Arts in both Education and Psychology.

I ‘ ve also taught at St. Catherines’s as a lead Teacher in Houston, Texas prior to joining Casa Dei Bambini Montessori School at Riverstone campus.

My goal as a Montessori educator is to provide each child with an opportunity to grow into adults who are independent, responsible and compassionate innovators.

Montessori classrooms are designed to offer lessons, activities and tools that match the developmental needs and interests of each individual child.

The objective is approached in two ways :

First by allowing each child to experience the excitement of learning by his own choice rather than by being forced.

Secondly, by helping him to perfect all his natural tools for learning, so that his ability will be at maximum in any future learning situation.

From a very young age my dream was to be a teacher.

I never stop learning, growing, and trying new strategies. My teaching passion and commitment has grown with every year, and I hope to pursue my career in teaching at Petite Maison Montessori School. 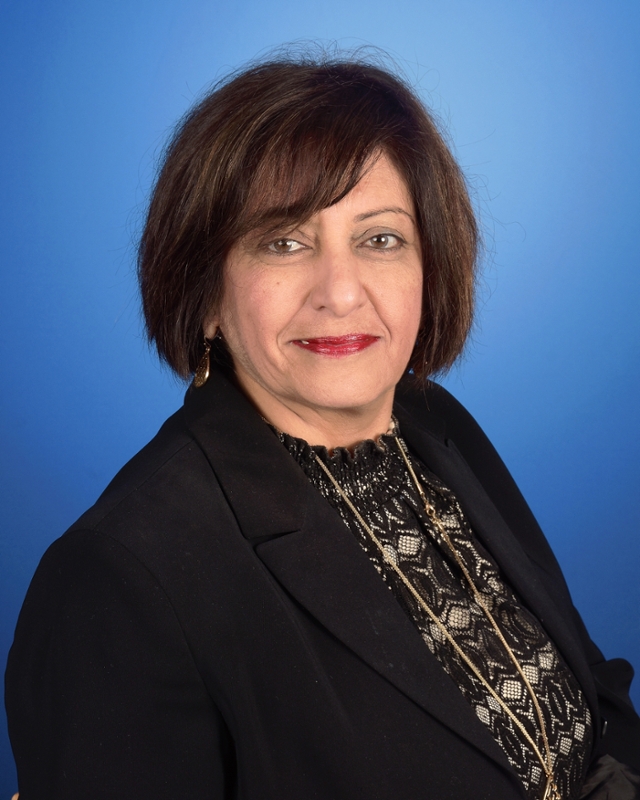 Supportive, passionate, loving, nurturing, inspiring and delightful, are just a few adjectives used when parents describe Ms. Gladis. Gladis was born in Guatemala. She knew she wanted to teach since she was a young girl. Gladis says, “my teaching philosophy is: love what you do. There is so much to love about the rewards one gets when you touch the life of a child.” Seasoned, compassionate and experienced three to six-year-old AMS Montessori educator with over twenty-five years leading and changing children’s lives through innovative and proven Montessori curriculum teaching. She loves hiking, mountains, yoga and biking. Both of her children attended Montessori school until middle school. 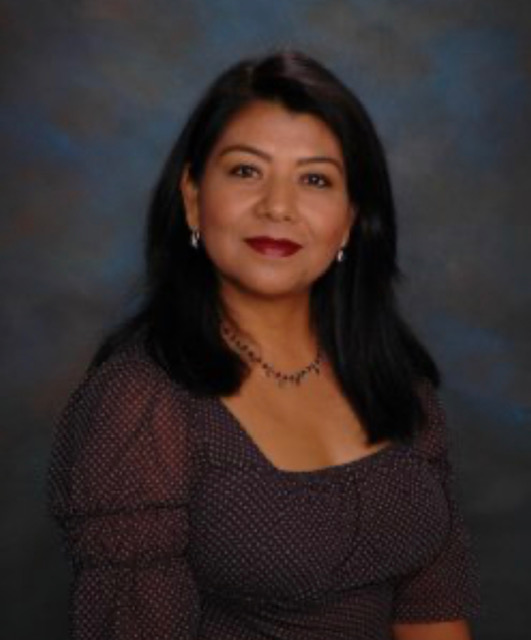 My name is Ms. Salma Quraishi and I have been a Montessori teacher for over 25 years, working with 3-6 year old children. I have a bachelor’s in Arts and Education, and I am also a certified AMS Montessoriteacher.

What attracts me to the Montessori classroom is how it nurtures and develops the curiosity of each child. The work and activities are designed to be engaging and the Montessori philosophy is geared towards developing the child in a holistic way.

My passion is encouraging and inspiring children to learn in unique ways based on their natural learning style. I enjoy watching them grow their skills and problem-solving   abilities.

I am looking forward to a fun filled year and lots of learning. 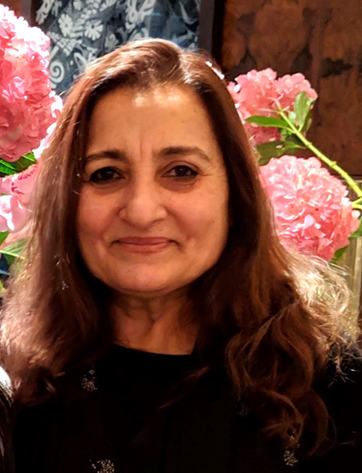 My name is Kajal Patel, and I hold a Bachelor of Commerce degree and Diploma in Naturopathy. I enjoy teaching with the Montessori philosophy because it helps me meet the differing needs of children as effectively as possible. I am excited to help kids shape themselves for a bright future while providing a safe learning environment.
I believe Montessori style schooling makes learning fun and enjoyable for the children. I have witnessed children excelling  by moving at their own pace.
My hobbies are spending quality time with family, reading, and learning new skills.
“Education is a natural process carried out by the child and is not acquired by listening to words but by experiences in the environment.”
-Maria Montessori 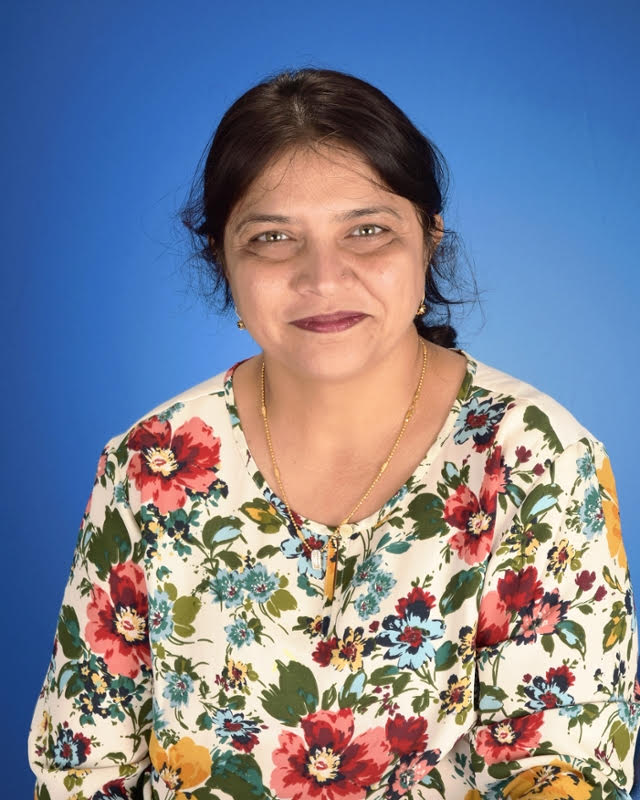 I am Priya. I have bachelor’s degree in arts. I live in Sugarland with my husband and two kids. My hobbies are gardening, reading books on Psychology, Neuroscience, and spirituality. My motto is ” We are what we eat” and ” We are what we think”.

Every child learns in different ways and Montessori education accommodates all learning styles. Students are free to learn at their own pace. This method teaches how to be more responsible. Older children enjoy stature as mentors; young children feel supported and gain confidence about the challenges ahead. So, the whole environment becomes safer and more responsible.

My goal is to spread abundant kindness & happiness into the little children’s mind. I would like to bring out their best ability and become individual successful leaders. 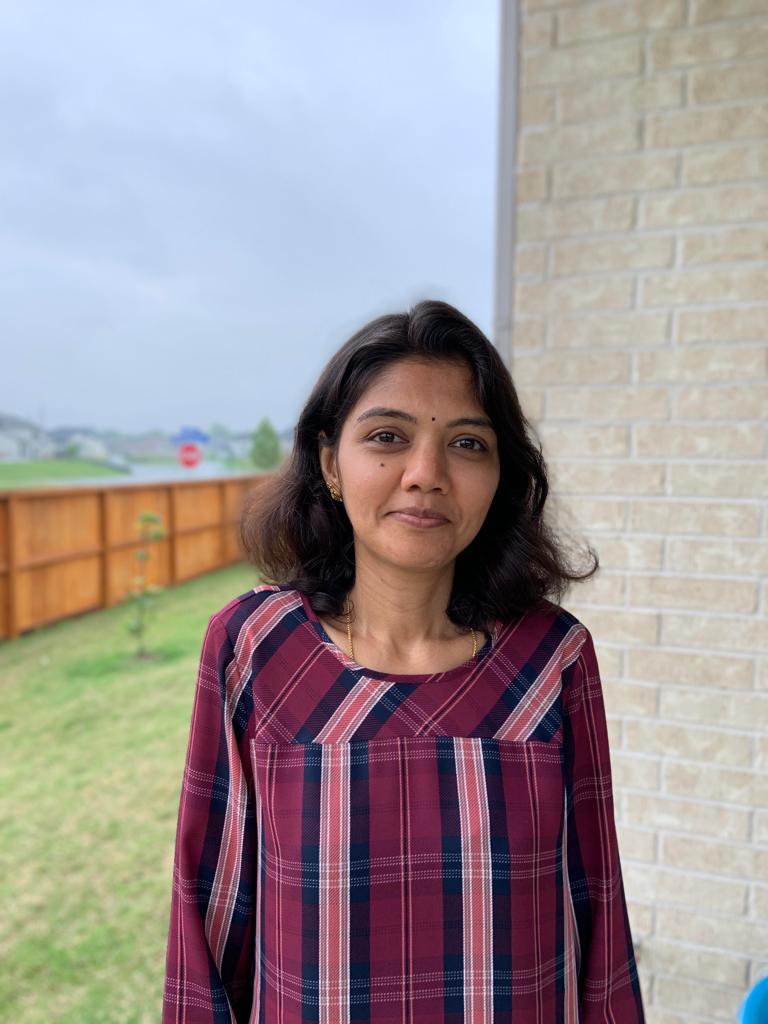 My name is Reenu Saini. I’m Certified Montessori teacher and been teaching for 3 years in Montessori environments. I’m a firm believer in Montessori methods of teaching and enjoy working with children and helping them build confidence in their ability to achieve success academically, socially, and emotionally. I believe in maintaining a happy, positive working environment. I love helping children to solve conflicts peacefully, care for themselves and the environment and become responsible global citizens. I have 3 children and currently living in Katy. My teaching passion and commitment has grown with every year, and I hope to pursue my career in teaching at Petite Maison Montessori School. There is so much I’m looking forward to in the coming year! I can’t wait to get to know your child and share my knowledge to contribute to their overall development. My name is Maria Yousuf. I have lived in Houston for 20 years. I have three children ages 18, 14, and 12. I have a Bachelor of Arts in Education and have been AMS Certified for 19 years, completing my training at The Houston Montessori Centre. I have returned to teaching in a Montessori environment for the past 6 years, focusing on Dynamic Early Childhood Education for ages 3-6. This has given me experience in planning and implementing various activities for guiding physical, social, emotional, and intellectual growth. I am looking forward to working with your children and sharing my knowledge to contribute towards making them individual, successful leaders. 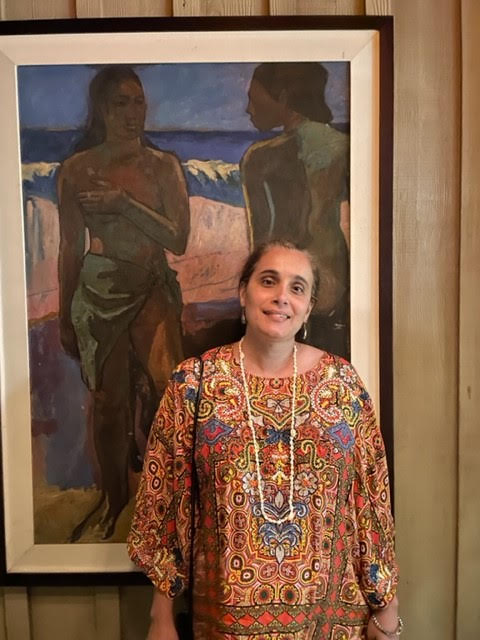 Ms. Consuelo started her career as a Montessori Teacher and then Director of Montessori school in Chihuahua, Mexico. She continued with her career when she moved to Sugar Land, TX in 1990, working in the areas as an Administrative Director, Montessori Educational Director, Elementary and Primary Teacher as well as a Mentor for over 35 years.

Ms. Consuelo Loya Holtz graduated in Mexico with an Accountant Degree. She then traveled to Milan, Italy and took the Montessori training obtaining her first “Montessori Teacher Certificate” under the Roman Administration.

At her return to Mexico and while working in a Montessori school, she continued with her studies towards her Montessori Elementary I and II with the Association Montessori International.

On the year 2014 through 2015, Ms. Consuelo took a refresher Montessori course in Houston, TX obtaining the American Techer Credential in Early Childhood with the American Montessori Society.

Ms. Consuelo strongly believes and is devoted to Dr. Maria Montessori’s observation on the Development of the Young Child. “Showing that human development necessarily follows an orderly sequence as the generic pattern unfolds in maturation. In particular, orientation, exploration of the environment and manipulation coordinated with sensory activity itself lay the foundations upon which the child constructs himself, mind and body, as an increasingly efficient, free and autonomous being. 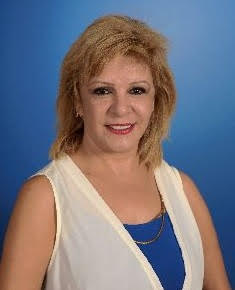